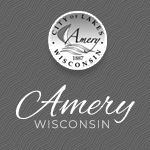 1941 - The Danielson's Drug was completely gutted and the law office of Ton and Frank Yates was ruined completely, as was the dental office of Dr. C.A. Nelson. These offices were all on the second floor of the drug store. This $30,000 fire was on March 19, 1941. Cold weather and strong winds hampered the efforts made by the firemen.

1943 - A $150,000 fire hit the Northern Supply plant. On January 23, 1943 about 4:45 p.m. on a Saturday afternoon, the fire started. In originated in the basement of the wooden building and soon gained headway up the 125-foot elevator. The building was lost plus damage was done to the machinery and a considerable amount of grain was demolished.

1960 - $200,000 fire struck 6 businesses on February 16, 1960. Destroyed in this fire were the Fashion Shop, Amery Paint Store, Maxon Barber Shop, Baker's Shoe Shop, and Leadholm Insurance plus Danielson's Drug and Cornwall Clinic had some smoke and water damage, but business went on as usual on Wednesday. Thanks to a lot of volunteers, equipment was moved out of the stores to prevent further loss and they again helped to later move it back in again.

1965 - Saturday, February 20, 1965, a $500,000 loss was estimated when a tanker truck was unloading gas to the S and F Petroleum Company. The driver heard a gushing sound and noticed that the bulk tank had ruptured, sending gasoline down Keller Avenue to the drain near Wayne's Cafe. When it ignited, a wall of fire was seen all over the city. The call to the firemen came in at 3:30 a.m. With the help of Clear Lake, Balsam Lake, New Richmond, and Centuria, the fire was extinguished about 10:30 a.m. Destroyed in this fire were Iverson's Garage, Rudy and Esther's Diner, Granum Insurance, Amery Motor Agency, Cities Service Station, a trailer house and also a small frame house plus many cars and trucks.